Hey Guys! Welcome back to Animeindia.in and today, we have an amazing list of “manhwa like Tower of God” to explore.

Tower of God manhwa has been a fan-favorite for years now and is still going strong. It takes you on a completely unique world full of adventures and never fails to amuse you. It even received an anime adaptation in 2020 and it was loved by fans all over the world.

If you had an amazing time reading Tower of God, then you must be looking for some similar ones. Well, we won’t let you have any trouble searching for some other manhwa like Tower of God. And that would be because we have one (list) right here.

Dice- The Cube That Changes Everything

Dice is already one of the popular webtoons out there and since you’re looking for a good manhwa like Tower of God anyway, why don’t you give this manhwa a shot?

The story is about Dong-tae and how he deals with his tough life. As he gets bullied by others regularly, he has no courage to face them head-on. When he sits next to Tae-bin, he finds a strange cube with Tae-bin all the time. Could this cube be the one to change Dong-Tae’s life?

Just like Tower of God, Dice has some remarkable moments. In Tower of God, Bam envies Rachel and in Dice, Dong-tae does the same with Eunjoo. So, try reading this manhwa if you’ve already read Tower of God.

Soul Cartel is an incredible manhwa when it comes to surprises. Just when you thought you got the whole point of the story, it amazes you with a plot twist. Well, you couldn’t help but wonder what has happened there.

Sihoon lives with his only sister after they lost their parents in an accident. He leads a normal and boring life but it all changes when he meets Mephisto, a type of ghost who came to the world in search of Faust. Could this encounter change his life for good? Or bring a lot of troubles in his peaceful life.

It is a type of manhwa where you’ll be craving for more once you finish reading it. And it is adventurous, supernatural theme-based manhwa like Tower of God. So, make sure you read this one.

Have you ever read a webtoon/manhwa where it involves the concept of isekai in a quite unique way? The Legendary Moonlight Sculptor is such a type of manhwa that follows Lee Hyun, previously known as God of War in MMORPG games.

But when his family is in a debt crisis, he sells his character for quite sum of money. Later on, he gets a hold of a unique character and it only has the ability to sculpt things.

The plot might look like it is just another simple story, but trust me, you’ll love the way they depict the story. It is similar to Tower of God in both setting and characterizations. Thus, we, Animeindia.in recommend you this amazing manhwa like Tower of God.

Kubera is one unique pick on the list because its setting resembles Chinese manhuas. The story sets in a world where Sura, the gods rule humans. In the human realm, a girl named Kubera is born and she is a prophecy child.

Even though she was born in a small village, she aims to become the strongest. After she comes back to her village, she finds it burnt to the ground by the high ranking Suras. Now it’s up to her to avenge the crime they committed. But can she do it alone?

It has quite an amount of similarities to Tower of God like how they divide people based on their birth. Overall, it will be an epic read for you and it is pretty rare to find a manhwa with a female protagonist.

Dungeon Reset is a sort of leveling type of manga with a similar environment to Tower of God. Jung Daeun finds himself in a dungeon that resets constantly and he’s the only one to repeat it countless times. With every reset, he levels up like crazy with some fantastic abilities. Thus, his journey begins with a new lot of freedom at his hands.

So, if you haven’t come across this manhwa yet, feel glad you did. It will be an amazing read if you give it a try.

unOrdinary is not at all your ordinary manhwa. The story features a world with people who trample on the weak with no abilities. In such a world, what if the protagonist, John Doe doesn’t have any power? But when he finds a book named “unOrdinary,” perhaps he can start over? Or the book might be his end.

This manhwa lacks pace in the first fewer chapters but once you get on the track, you’ll love it to the core. The story is extremely intriguing and the art is so eye-catching. In a way, it is a

manhwa similar to Tower of God.

Like the main character being weak in the beginning and getting a lot stronger when the time comes are some similarities you can find here. So, make sure you add this manhwa like Tower of God to your list.

The God of High School

This manhwa not only involves some crazy martial art skills but also some magical abilities that make it even more interesting. Just like Tower of God, this manhwa has some epic moments, and just when you thought everything is going well, it introduces you a plot twist.

So, if you haven’t read this incredible manhwa yet, do it right away. After all, it is a similar manhwa to Tower of God.

Gang Ryoung hears the news about his master’s murder and discovers that the master’s own disciples killed him. He swears to kill all of them with his own hands but unfortunately, none of them are alive. Nothing else to do in his life, he becomes a dumpling delivery boy. But can he get the life he wanted this way?

Gosu might not have the same world-building or similar characters but with some similar concepts like Shinsoo in Tower of God, it amazes you. The whole first half fills with humor and as it gets near to the second half, you’ll know why it is a great manga like Tower of God.

While it has its flaws, it also some considerable merits and you should definitely try reading this one.

The Gamer is a type of manhwa where you see a wholesome of abilities with some clear exploration. The story follows Jee-Han, who suddenly is granted the ability of a gamer and he starts seeing the levels of everyone. But the great power comes with great responsibility. He constantly gets in danger and who could possibly give him such an amazing ability?

The special elements like free-space or instant dungeon and the way how the main character learns everything quickly made these both manga/manhwa similar ones. In other words, you get to read a similar yet a whole different type of manhwa.

If you think you’re in for some good fights and humor, you must add this manhwa to your list right away. Thus, we present ‘The Gamer’ on the list of manhwa like Tower of God.

Not a manhwa but the most similar manga to Tower of God out there. The story follows Gon Freecs, who leaves the whale island he used to live in to find his father. When he was born, his father left him to become a hunter. And so, Gon decided to become a hunter as well.

Hunter x Hunter is a true masterpiece when it comes to battles. Some moments are even epic than the ones you’ve seen in Tower of God. It has the same sort of setting and the characters resemble it in a way too.

So, try reading this manga even if you’re not into manga-related stuff because it is one of the best manga like Tower of God.

While the manhwa Tower of God has been a marvelous experience, the ones we have recommended now are not less in any aspect. With a new story and different personalities, the webtoons on the list are sure to impress you.

Since we made this list especially for the people who are looking for an amazing manhwa like Tower of God, we hope you’ll have a blast with it. If you have any thoughts about the article, feel free to drop them in the comment section below.

If you like this article, also visit Anime Ukiyo! 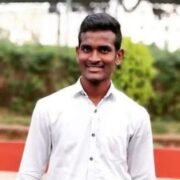 Love Between Guys? These 15 Best BL Manhwa Have Got You Covered!