As many of you might already know this Crunchyroll has unveiled the trailer and art of the anime adaptation of the popular WEBTOON series Noblesse. Production I.G and Crunchyroll are bringing this acclaimed WEBTOON to life this October on their streaming platform. Crunchyroll is hoping to hit gold once again with this supernatural story that blends both monsters and mundane. So, in this article we will be seeing what Noblesse is about and what to expect from it.

Originally created as a web manhwa by Son Jeho and the illustrations done by Lee Kwangsu has grown in popularity since its release in December 2007 until it was wrapped in January 2019, during which it gained a dedicated fan community and earned widespread popularity.

Noblesse begins with Cadis Etrama Di Raizel or Rai for short (a noble vampire), who wakes up from a coffin in an abandoned building in South Korea after 820 years of slumber. The story begins with how Rai attempts to blend into the human society by becoming a student of Ye Ran High school whose principal is his servant Frankenstein (yup… the crazy scientist one). All this however soon goes awry not only due to the problems stemming in the modern society but also due to the unresolved conflicts of both Frankenstein and Raizel’s troubled past.

Even though the premise is kind of a cliché, let me tell you the plot is most definitely not-your-average-bloodsucking-vampire-story, the manhwaga (the author) managed to interpret the supernatural characters into a new and compelling format.

What makes Noblesse work are the well thought out characters. As for the Manhwa the character expressions are very well done, they easily convey their emotional state, be it fear, cluelessness, surprise, or sadness. There are several characters which you will definitely fall in love with. The author successfully maintains as sense of mysteriousness over every character, each character personality keeps constantly developing, which is exactly what is needed in an anime or manhwa/manga.

And the other factors which keeps us attached is the comedic style story telling, you enjoy each and every element from Raizel’s innocence to Frankenstein’s experiments. The fight sequences are also well thought out and well written.

Finally, I think with the anime adaption about to come out, we can expect a supernatural, action and mild comedy-based show.

P.S: Webtoon has the official translation of Noblesse Manhwa

Let me know your thoughts down in the comment section, requests and suggestions are also welcomed. 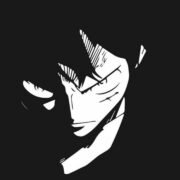 A Returner’s Magic Should Be Special – Manhwa Review