Before we talk about Power’s power and abilities, let’s have a look at her personality and appearance.
Power is a childish, greedy, and self-motivated girl as well. She is a fiend and part of Makima’s special squad in Public Safety Devil Hunters.

Power is a young girl with blonde hair usually, she wears the standard dress shirt, tie, and slacks required of Public Safety Demon Hunters. She almost always wears her jacket hanging halfway off her body. Her red and yellow eyes that form a cross pattern match her personality and her fang teeth give her a demonic appearance. Overall, she is a waifu material.

But sometimes I think she is dumb because she sees no difference between pork, beef, and human meat, and besides that, she is extremely selfish, and also she rarely bathes or flushes the toilet. Now, the choice is in your hands whether you consider her a waifu or not. Whatever you say, she is a nice girl. Okay, now back to the topic.

Due to the 2 horns on her head, some people (on social platforms) get mistaken and consider her as Zero Two, the color of their hair is different even the dress they wear is different. but why do they get mistaken? that is not our topic. so, now let’s talk about Power’s power and abilities. Also check out strongest characters in Chainsaw Man.

During her Blood Devil form, she is a tall humanoid with four arms and a mainly lighter body. There are two circular eyes with cross-like pupils on the sides of her head, which have a pointed appearance and a dark color.

In this form, she has long horns that are similar to her fiend form with lots of blood and long hair. She is shown with an open chest cavity containing intestines up to her neck due to an open rib cage. From her hand to her elbow, her arms are dark in color. The claws on her hands are large and she has four fingers on each hand. She has dark coloration all over her legs, extending as far down as her heels.

Just like any other devil, Power also possesses some normal devil abilities such as restoring her health by consuming blood, making contracts with humans for a price, taking over a dead human body and their consciousness, becoming a fiend, and reviving in Hell after being killed. 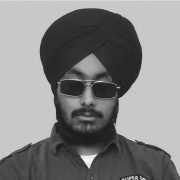 Tsumiki – Megumi’s Sister Everything We Know About her