The Boxer is kind of a soon-to-be masterpiece despite currently containing no more than 54 chapters (except the Hiatus Special Episodes). It’s written and drawn by Jeong Ji-hun, a Korean webcomic artist, but he goes by JH. The summary of this comic on the Webtoon app itself doesn’t give much away, so I’ll try to review while making sure I don’t give away any spoilers myself.

As its name suggests, it’s a boxing manhwa and one with multiple main characters. Although there’s one character that clearly gets more time than anyone else, the others can’t be cast aside as secondary characters either.

Plot of The Boxer

The first chapter begins with a legendary boxing coach, K (yes, that’s his name), showing up at a small gym to have a look at their most talented boxer. His goal is to train just one more world champion before retiring for good. And so this story is about the journey of the person he chooses to train, with the ambition to surpass the achievements of his previous student and to make this new student win championship belts in not only his own weight class but every single weight class. But that’s just the coach and his ambitions. His new student is quite interesting himself. And this story doesn’t lack intriguing personalities.

Try the first 15 chapters and if that doesn’t get you hyped to continue reading, then it’s probably not for you. Although the first 4 chapters should be enough to get you really intrigued about this story.

Although in the beginning, it seems like it’s all focused on a single character and his journey, as the story goes on it is eventually revealed that this story has multiple main characters and includes their journeys. It has some interesting twists as well. The author is really good at foreshadowing, and it’s always great to read a story where all the hints and clues are sprinkled along the way…some of which you notice, some you don’t. All leading towards a reveal, but what’s fun is when you manage to put the clues together and guess what they lead to and then have that guess be confirmed by the author.

Also, you know how in anime sometimes just before the protagonist pulls out a new finishing move, they cut to a small flashback or a filler episode of the protagonist training…and what does that do?

It hypes up the upcoming event or upcoming finishing move. This comic’s creator is quite good at that…at hyping up a twist you wouldn’t have seen coming, or hyping up just an awesome scene. Also, the author puts a lot of thought into even writing the side characters. That’s always refreshing to have in a story.

You can literally feel the movement through the screen when the action is going on, it’s that fluid. It also has a bit of shonen quality to its action scenes. One thing that I don’t like is thin guys being able to land explosive punches. I have never watched boxing matches, but that seems illogical nonetheless. That’s one of the shonen aspects of this comic.

Here’s a comment I clipped from Ep.8 of the comic that was written by someone who claimed to be an ex-boxer: The comic also does its backstories very well. A little too well, in fact.

Why The Boxer is so mind-blowing?

By the time it hits 100 chapters, I can bet that it will have 1M subscribers to it on the Webtoon app.
Currently, it’s above 890K. Best part? It updates every Monday and Thursday.

The build-ups towards the matches are quite well executed. There’s almost always an interesting opponent for every match. There’s some symbolism that conveys the fighters’ mental state which is really impactful. 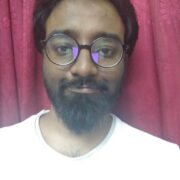 Best Shoujo Manga of All Time That You Must Read!