The Seven Deadly Sins is a story about the Holy Knights who protect Britannia and its kingdom with their fear-worthy magic. But soon after getting betrayed by a group of knights within them, the whole kingdom was in mayhem until the Holy Knights saved it.

The Knights who were celebrated as the savior of the kingdom soon turned their back on them and became the new ruler.

Around that time the rumor of the small group of knights, the legendary “Seven Deadly Sins” being alive started to circulate throughout the kingdom. Hearing this, Princess Elizabeth began her journey to find the Seven Deadly Sins to restore peace and justice in the kingdom.

This is a story that revolves around betrayal, friendship, unrevealed mysteries of the past, and lots of magic. So, let’s begin with the list of top 11 anime that are similar to The Seven Deadly Sins.

Arata Kasuga’s life seemed to be crumbling when the sun stopped shining and his hometown was destroyed along with the disappearance of inhabitants. But with the help of the magical grimoire given by his cousin Hijiri Kasuga, he reconstructs an artificial world.

That didn’t last long as he was soon confronted by the investigator of the phenomenon, Lilith Asami, who has given him two choices.

Either he has to hand over the grimoire or he has to die, but Arata chooses to join the Royal Biblia Academy, a top-secret magic school. He along with six other magical users will hone their magical abilities to bring back Hijiri.

10. Rokka: Braves of the Six Flowers

Adlet Mayer considers him to be the “Strongest Man in the World” and with the hope of becoming one of the Braves of the Six Flowers. The Braves are chosen to fight against the Demon God who needs to be defeated to save the world.

Soon after being chosen as a Brave, he comes across crown princess Nashetania Loei Piena Augustra (this can become the name of an Isekai anime), a fellow brave. Together they came to the Land of Howling Demons where all the Braves were supposed to meet.

But soon he finds that there are seven Braves instead of six and he is the one suspected to be the fraud. And thus begins the journey of Adlet where he has to use his skills and find the impostor before it’s too late

Growing up in an orphanage together, Asta and Yuno wanted to become the Wizard King, the strongest mage in the whole kingdom. But things didn’t turn out right for Asta while growing up as he was still not able to use magic while Yuno had wielded magic with power and control.

At the age of 15, every child of the kingdom was handed their Grimoire to them depending on what type of magic they possess. While Yuno got the legendary four-leaf clover Grimoire Asta didn’t get one.

Soon after that ceremony, Yuno was attacked by Lebuty who wanted to steal the legendary grimoire. But Asta didn’t let that happen as he beat Lebuty after he was chosen by the mysterious five-leaf clover Grimoire for his will to never give up and save Yuno. And thus began their rivalry to become the Wizard King.

Not able to find a suitable host to possess, Satan, the ruler of Gehenna sends his son to Assiah where he can grow up and become a capable host.

Gehenna being the demon world and Assiah being the human world. Satan’s ultimate goal is to get a host so that he can travel between these two worlds freely.

Growing up Rin Okumura was leading a normal life until he found out that he’s the son of Satan who now wants him to go back to Gehenna. But not wanting to go there he decides to become an exorcist to protect Assiah alongside Yukio, his brother.

The nation will be in ruins if Prime Minister Honest isn’t being overthrown. A group of experienced assassins known as Night Raid has assembled to do that and they will erase anyone who comes in their way of doing that.

They also understand and are ready to face the consequences of their merciless killings. Soon they are joined by a naive boy named Tatsumi who wants to help his poor hometown.

And while fighting for Night Raid Tatsumi faces strong opponents who not only challenge his physical prowess but also his morals.

The mystical land of Fiore consists of numerous magic guilds out of which the Fairy Tail is superior in every aspect. The guild is for the mages to team up and complete missions.

Lucy Heartfilia is one of such mages who wants to become a wizard and is searching for celestial gate keys. Soon after getting tricked, she was going to be abducted but was saved by Natsu Dragneel, the guy she ran into earlier while searching for the keys.

Natsu Dragneel and his partner Happy are searching for the dragon Igneel, who is his foster father. And just like that, she was invited to join them as Natsu was already a member of Fairy Tail and began a journey of countless adventures where they will make new friends and foes respectively.

5. Magi: The Labyrinth of Magic

Countless Dungeons around the world are hiding treasures within them. And these dungeons are built by magicians of a rare class known as Magi.

Magi are also known to help people find dungeons to help them build an empire. And the dungeons are ruled by supernatural beings called Djinns (for the Indians, yes Aladin ka Jin, you got that right) who can grant immense power to the potential king candidate of the world.

Aladdin, a young magician along with his only companion Ugo, a djinn begins their journey to explore the world. But soon they run into Alibaba Saluja along with whom they will have to conquer a dungeon nearby to pay the damages of the shop Saluja destroyed.

The story is set in a world where Hunters exist and their jobs vary from capturing criminals to finding lost treasures. Gon Freecs is a twelve-year-old boy who aspires to be a hunter like his dad who left him when he was a newborn and thus wishes to find him.

To fulfill that wish he decided to participate in the hunter exam where he came across an aspiring doctor Leorio, an ex-assassin Killua, and Kurapika (clan & revenge, yes like that character but not the same).

And together they embark on a journey where they have to take each step carefully otherwise its death and nothing in-between.

Princess Yona lived the life of the young Siddartha Gautama (commonly known as Buddha), devoid of all the problems of the kingdom behind closed doors.

But soon after the betrayal of Su-won, his cousin, she had to leave the peaceful walls with his bodyguard Son Hak. And exactly like naive Gautama, Yona also realized that the ideal world was not at all ideal and was filled with poverty and grief.

Here’s the difference, while Gautama went to find the truth of life on his own and later came to be known as Buddha, Yona was guided by a mysterious legend to find a way to bring peace & prosperity back to Kouka.

Yato is a minor deity whose dream is to have a shrine of his own with millions of followers. For that, he will go around doing odd jobs for five yen per job and also claims to be the Delivery god (and yeah he’s not good at business, I agree with you).

But life took a sharp turn when Hiyori Iki tried to save Yato from being hit by a car and took a hit in place of him. And soon finds her soul outside of her unconscious body.

She demands Yato to return her back to normal which he agreed but on one condition. Hiyori has to find a new partner for Yato to which she agrees and fate seems to be changing for Yato.

Edward and Alphonse Elric learned the lesson of Equivalent Exchange the hard way when they tried to bring their mother back from the dead using forbidden alchemy known as human transmutation.

While Alphonse lost his whole body, Edward lost his left foot until he also gave up his right arm to save his brother’s soul by attaching it to an armor suit.

After years of research, they got their answer in philosopher’s stone which can defy the law of Equivalent Exchange, and embarked on a journey to find it. Little did they know that they would become part of a conspiracy that will soon engulf the whole nation.

There are a few anime that have a few similar elements like Nanatsu no Taizai (The Seven Deadly Sins), they are:

Thank you for reading this far and do let me know in the comments below what you think about this list. Also Check Out 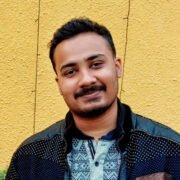 Abhradip Acharya
An Otaku from heart, I live and breathe anything that has a gripping story and art to it, be it anime, manga, or manhwa, and also want to share new stories that add value to your life more than just pure entertainment. My love for Japan and its culture is ever-growing. If you wanna have a nice chat about anything anime feel free to connect with me on social media. Also, I click pictures for fun.
Previous

Alice Gear Aegis Game Get Adapted into a TV Anime