The regular viewers and popularity of Korean dramas are increasing in India. Korean Dramas are always praised for their great cinematic work and excellent storytelling. Many K-Dramas have original stories but some are often adapted from webtoons, Manhwas, and web novels.

Manhwa readers often enjoy the manhwa-based k-dramas. Manhwas have become popular among Indian young readers and this article will address the best Korean Dramas which are inspired by Manhwas, webtoons, and web novels.

The Devil Judge is one of the latest South Korean television series starring Ji Sung, Kim Min-jung, Park Jin-young, and Park Gyu-young. It aired with 16 episodes. This series is set in a dystopian version of modern Korea. Here daily life of common people is chaos and society has collapsed due to people’s hatred for their leaders. In this world bereft of law and order, Head Trial Judge Kang welcomes the need for change. His courtroom is the subject of a reality show where he mercilessly punishes the guilty, earning him the “Devil Judge” nickname. This show will mislead the protagonist’s true intentions and will be shown as a devilish-natured character.

The Devil Judge is different in this list. It is not adapted from any manhwa. The scenario is quite opposite. A webtoon adaptation of this K-drama is in the works.

Taxi Driver is based on the webtoon written by Carlos and illustrated by Lee Jae Jin. Lee Je Hoon portrays the role of Kim Do Ki, a taxi driver whose job is to help oppressed people get revenge.  This series is full of action and great fight scenes.

Taxi Driver is one of the newer webtoon-based Korean dramas on this list. Despite have lack of action in motion in the webtoon version, it has a dark feel that makes it entertaining.

Bring It On, Ghost is a South Korean television series which is an adaptation of a webtoon under the same name which was serialized on Naver from 2007 to 2010. The romantic horror-comedy series has 16 episodes and pretty fun to watch.

Park Bong-pal who is played by Ok Taec-yeon, has grown up with the ability to see ghosts. He uses his power to work as an exorcist in order to make enough money. He encounters Kim Hyun-ji who is played by Kim So-hyun at a haunted high school. After a long argument, they decided to become ghost-fighting partners. This series will explore their tragic pasts with ghost-fighting adventures.

This was originally a novel by Jung Kyung-yoo and it was later adapted into a webtoon. The webtoon version was adapted into a Korean drama in 2018. It is a story about a rich vice president at a large company in Korea, Lee Young-joon, and his secretary Kim Mi-so. She has worked with him for many years. However, she suddenly decides to quit her job. Young-joon becomes eager to know why she is quitting. He starts trying his best to make her stay. This Korean drama/webtoon is one of the best romantic comedies of all.

Mystic Pop-Up Bar was adapted from a webtoon called Ssanggabpocha. The webtoon was written by Bae Hye-soo and was published in 2016. It was turned into a Korean drama in 2020 and is available on Netflix. The story is about Wol Joo who owns an outdoor bar where she talks with her customers over food and drinks. She helps them with their issues by entering their dreams. Her goal is to help 100,000 people with her gift by the end of the month. Therefore, every customer brings a new adventure for her pojangmacha (outdoor drinking establishment).

Yumi’s Cells is based on the eponymous webtoon by Lee Dong Gun. Yumi’s Cells is a 2021 South Korean television series which is directed by Lee Sang-yeob. The series premiered on tvN and became a global hit. The second season is scheduled to air in 2022.

This drama is a cell-based psychological romance. It is a story of an ordinary office worker from the perspective of the brain cells in her head that control her every thought, feeling, and action. Yumi is an ordinary woman and her love cell falls into a coma after the shock of a failed relationship. Goo Woong who is a game developer tries to wake up Yumi’s love cell with his simple and honest personality. The drama will explore Yumi’s growth and transformation as her cells work hard to wake up the love cell.

The webtoon version of True Beauty is written and illustrated by Yaongyi. True Beauty is a teen romantic comedy. It is a story about a high school girl named Ju-kyoung. She was bullied due to her “ugly” face. However, she learned how to apply makeup from the internet and was able to change her look. After her transformation, her classmates from her new transferred high school think she is a true beauty. The only one who knows her secret is Lee Suho who is pretty handsome. The webtoon focuses on the central love triangle but, the drama focuses more on Ju-kyoung’s school life and her relationship with Suho. Fans consider that the drama version is better than the webtoon because it was more well-rounded.

Netflix’s The Uncanny Counter has a great fan following. The show is based on a webtoon under the title Amazing Rumor by Jang Yi. The show centers around a disabled teen who is given the opportunity to join the Counters who are a group of individuals with supernatural abilities.

The Counters fight the evil spirits that escape the afterlife. This Korean drama is already renewed for the second season by Netflix.

Itaewon Class which is written by Jo Gwang-jin is considered to be one of the best webtoons. This show is available on Netflix. The story is about a man named Park Sae-ro-yi who is played by popular Korean actor Park Seo-Joon and his friends. Sae-ro-yi lost his father to an accident caused by the son of a CEO of a major food service company. He determined to become rich after being released from prison to get his revenge. He decided to make lots of money by opening a restaurant/bar in Itaewon. Later he becomes the CEO of a company called Itaewon Class.

Both the Korean drama and webtoon are very similar. Itaewon Class shows the struggles many Koreans face and also focuses on some of the Korean social issues.

4) Hell is Other People

This Korean webtoon was written by Kim Yong-ki. The story revolves around a man named Yoon Jong-woo who has come to Seoul from the countryside. He starts living in a small rental unit where he meets strange residents. This rental unit in Korea is called a goshiwon, a place where many students live to focus solely on their studies. The wicked natured residents around the protagonist is the scariest aspect of this story. This Korean drama is available on Netflix under the title Strangers From Hell. It is a series with 10 episodes. This is a scary Korean drama which is based on psychological trauma. K-drama fans will find it very creepy to watch this but is one of the best psychological horror Korean drama.

RELATED: Top 15 Manhwa/Webtoon Like The Return of the Legend

The Kingdom of the Gods is a Japanese supernatural horror manga series written by Youn In-wan, from an idea by Kim Eun-hee, illustrated by Yang Kyung-il. During the devastating times of the post-Joseon dynasty when humans had to eat humans to survive, there are zombie-like ‘madness’ patents roaming about the country. An odd duo between a prince presumed to be dead by the public and a mountain thief with exceptional fighting prowess and a mysterious disease journey together to reach the prince’s home. The prince, named Imun, has promised the mountain thief Jeha a large sum of money as a reward once they reach his homeland. Their travels together will be filled with challenges and death.

The Kingdom of the Gods is the manga that inspired the Netflix Original zombie series Kingdom. The Kingdom is a South Korean political period horror thriller streaming television series of 2019 and it has two seasons. It also has a spinoff movie and another movie is already in development. Before the streaming of the Squid Game, it was the best Korean Netflix series.

Hellbound has become one of the most loved Korean drama series of 2021. Hellbound was aired on Netflix. But webtoons readers are familiar with this name before. This series is directed by Yeon Sang-ho who is also the author of this webtoon. This drama is about mysterious dark creatures that kill people to send them to hell. These people were decreed to die by an angel beforehand. These supernatural events cause great chaos and enable a religious cult The New Truth to grow in influence. A few people, however, become suspicious about The New Truth’s activities and begin investigating these mysterious events. This supernatural and horror series is an adaption of Hellbound webtoon. This series is already confirmed for the second season because of its extreme popularity all over the world. 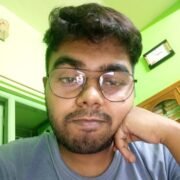 Yasuhisa Hara’s “Kingdom” is the First Stage! Performed at the Imperial Theater in February 2023

Love Between Guys? These 15 Best BL Manhwa Have Got You Covered!