A shinobi’s intelligence is something that he cannot compromise with. We have seen many fights from the original Naruto series that prove that strength can’t win you every battle.
There are many intelligent characters in Boruto, who rely partly on their strength and intelligent. So, today I have made a list of the 9 most intelligent Boruto characters.

Shikadai Nara is the son of Shikamaru and Temari. He is labelled as a prodigy of the Nara clan. Shikadai is a part of the latest generation of Ino-Shika-Cho.
He has inherited most of his habits from his father, this includes his intelligence as well.
Shikadai has the potential to surpass his father. He was easily able to outwit Boruto during the Chūnin exams as well.

Boruto is the son of the Seventh Hokage, Naruto Uzumaki. Even though he might not look like it, but Boruto is actually quite smart.
Compared to Naruto, who was a perfect knucklehead shinobi, Boruto is much more intelligent. It’s only fair that we can call him a prodigy of his clan.
Boruto is able to use several nature releases already. He is one of the top students of the Academy.
There are only a handful of characters from the new generation that can match his incredible talent.

Mitsuki is a transfer student, who came in from the Hidden Sound Village. He was created by Orochimaru. Mitsuki was the result of Orochimaru’s cloning experiment, which is linked to Shin Uchiha. So, Orochimaru is Mitsuki’s parent.
Mitsuki is one of the strongest characters in the series right now. Despite being so young, Mitsuki will carry out his duties in the same way that an adult would. He has the potential to surpass the Legendary Sannin.

Next on the list is Sarada Uchiha. She is the daughter of Sakura and Sasuke. Sarada awakened her Sharingan after seeing her father after a long long time.
Sarada is arguably the smartest member of Team Konohamaru. She dreams of becoming a great Hokage just like Naruto.

Shikamaru is the advisor of Naruto. There’s no doubting his intelligence. He can come with plans in an instant. Shikamaru’s IQ is over 200.
He is able to utilize everything in his surrounding to his fullest advantage.

Denki is an anime-only character as of now. But, he is one of the most intelligent Boruto characters. He is smart and he is what most people would call a nerd.
Denki is not bad either when it comes to ninjutsu and other stuff. He was the first person who was attacked by Nue.

Shinki is the adoptive son of Gaara. He is very respectful of his father. Shinki possesses the magnet release. With this kekkei genkai, he is able to manipulate the iron sand, which is a very powerful weapon on itself. In the Chūnin exams, Shinki was able to breeze past everyone.

He is known as the “Other Hokage” or the “Hokage’s Shadow”, because of his role in the development of the Hidden Leaf. Sasuke is a prodigy of the Uchiha clan.
His dōjutsu prowess is unparalleled. Plus, he is the only shinobi who can match Naruto’s level.
He is able to use hand seals with just one hand and he can use all five nature releases.

Orochimaru is truly a genius and befitting of the spot on the list. He has successfully created humans due to his experiments.
Log and Mitsuki are the best examples of it. Orochimaru is deadly when it comes to battling. He is cunning as a fox. He is also one of the surviving members of the Legendary Sannin. 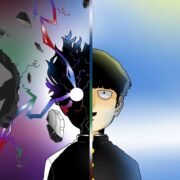